June, 2016
by renderspeed
in Automotive

Here we have a few renderings (renderings) of the Bloodhound SSC, which will challenge the current land speed record, and attempt to raise the bar the 1000 miles per hour. 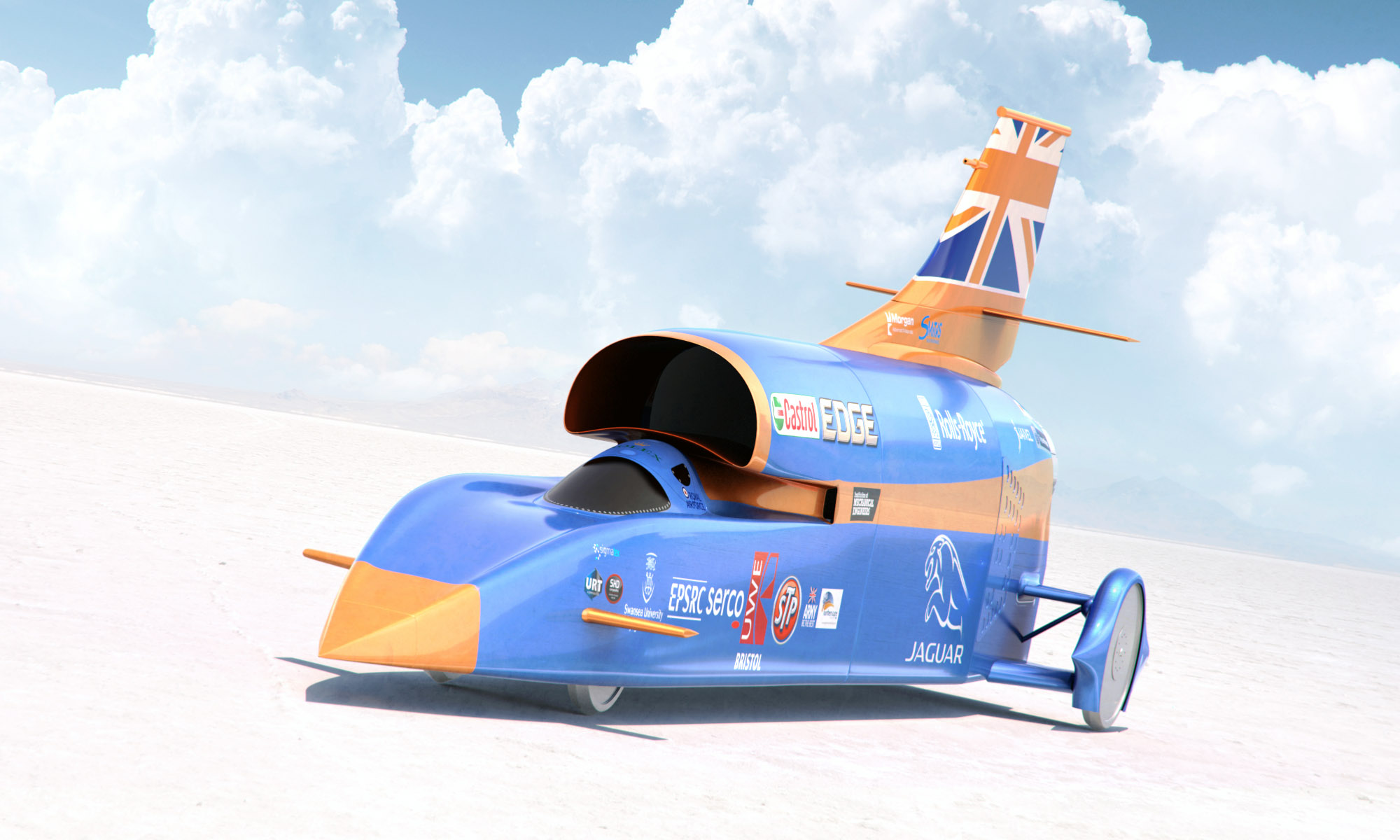 Driver Andy Green will attempt to break his own record set in 1997. The previous business behind Project Bloodhound went into administration in late 2018. Entrepreneur Ian Warhurst bought the car to keep the project alive. A new company called Grafton LSR Ltd was formed to manage the project, which was renamed Bloodhound LSR and moved to SGS Berkeley Green University Technical College.

The venue for high speed testing and future world land speed record attempts is the Hakskeen Pan in the Mier area of the Northern Cape, South Africa. An area 12 miles (19 km) long and 3 miles (4.8 km) wide was indentified as suitable, with hand-clearance of rocks by local volunteers before track markings could be applied, with the first runs in October 2019.Further runs in November 2019 achieved a top speed of 628 miles per hour (1,011 km/h), the eighth vehicle to attain a land speed of over 600 mph.

The car was designed by Bloodhound's Chief Aerodynamicist Ron Ayers and Chief Engineer Mark Chapman, along with aerodynamicists from Swansea University.

Bloodhound LSR is designed to accelerate from 0 to 800mph (1,300km/h) in 38 seconds and decelerate using airbrakes at around 800mph, a parachute at a maximum deployment speed of around 650mph and disc brakes below 200mph. The force on the driver during acceleration would be -2.5g (two-and-a-half times his body weight) and up to 3g during deceleration.

The aerodynamics of Bloodhound have been carefully calculated to make sure the car is safe and stable, particularly because it will encounter a shockwave when it reaches the speed of sound. 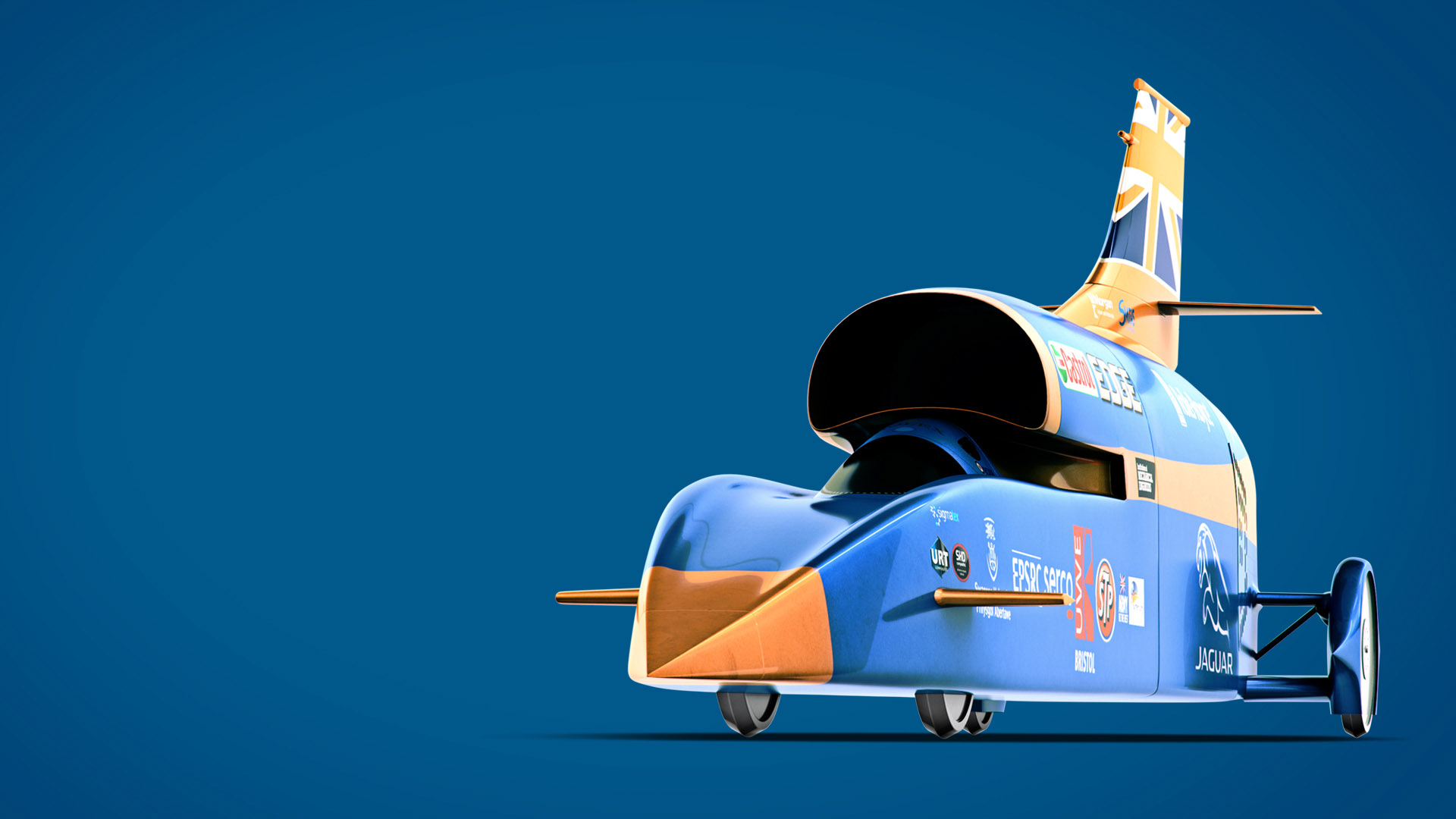 The College of Engineering at Swansea University has been heavily involved in the aerodynamic shape of the vehicle from the start. Dr Ben Evans and his team used Computational Fluid Dynamics (CFD) technology designed by Professor Oubay Hassan and Professor Ken Morgan to provide an understanding of the aerodynamic characteristics of the proposed shape, at all speeds, including predicting the likely vertical, lateral and drag forces on the vehicle and its pitch and yaw stability. This technology, originally developed for the aerospace industry, was validated for a land-going vehicle during the design of ThrustSSC.

Three prototype Eurojet EJ200 jet engines developed for the Eurofighter and bound for a museum were loaned to the project.[38] The car will use one EJ200 to provide around half the thrust and power the car to 650 mph (1,050 km/h). A bespoke monopropellant rocket designed by Nammo will be used to add extra thrust for the world land speed record runs. For the 1,000 miles per hour (1,609 km/h) runs, the monopropellant rocket will be replaced with a hybrid rocket from Nammo. A third engine, a Jaguar supercharged V-8 is used as an auxiliary power unit to drive the oxidiser pump for the rocket, although this will be replaced by an electric motor. 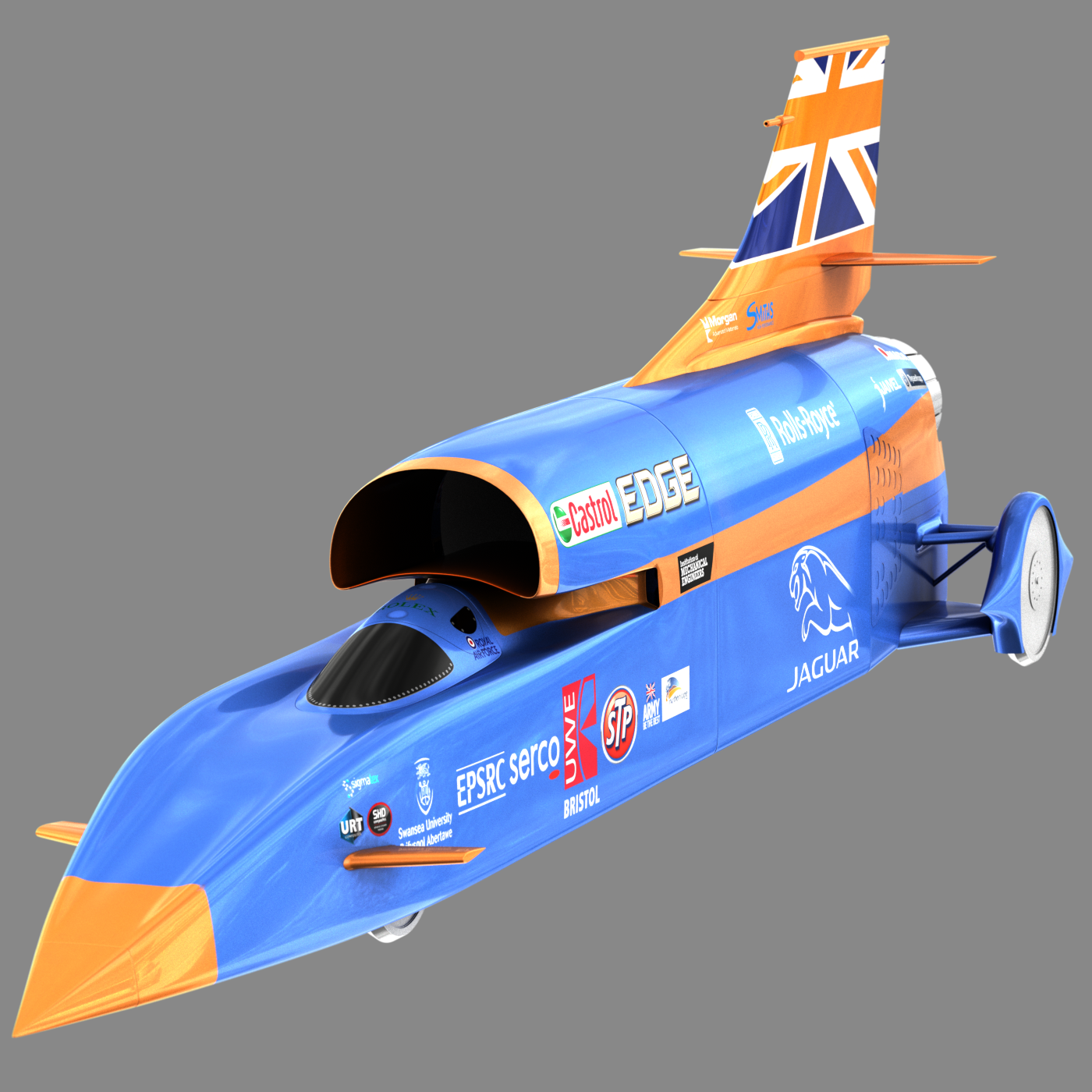 Initially Bloodhound SSC was going to use a bespoke hybrid rocket motor being designed by Daniel Jubb of The Falcon Project. The rocket was successfully tested at Newquay Airport in 2012. However, constraints on cost, time and test facilities led to a decision to instead use a rocket designed by Norwegian company Nammo.

At first the plan was that the car would use a Nammo hybrid rocket or cluster of rockets, to be fuelled by solid hydroxyl-terminated polybutadiene and liquid high-test peroxide oxidiser. This plan was revised in 2017 and the car will use a monopropellant rocket for the land speed record runs. 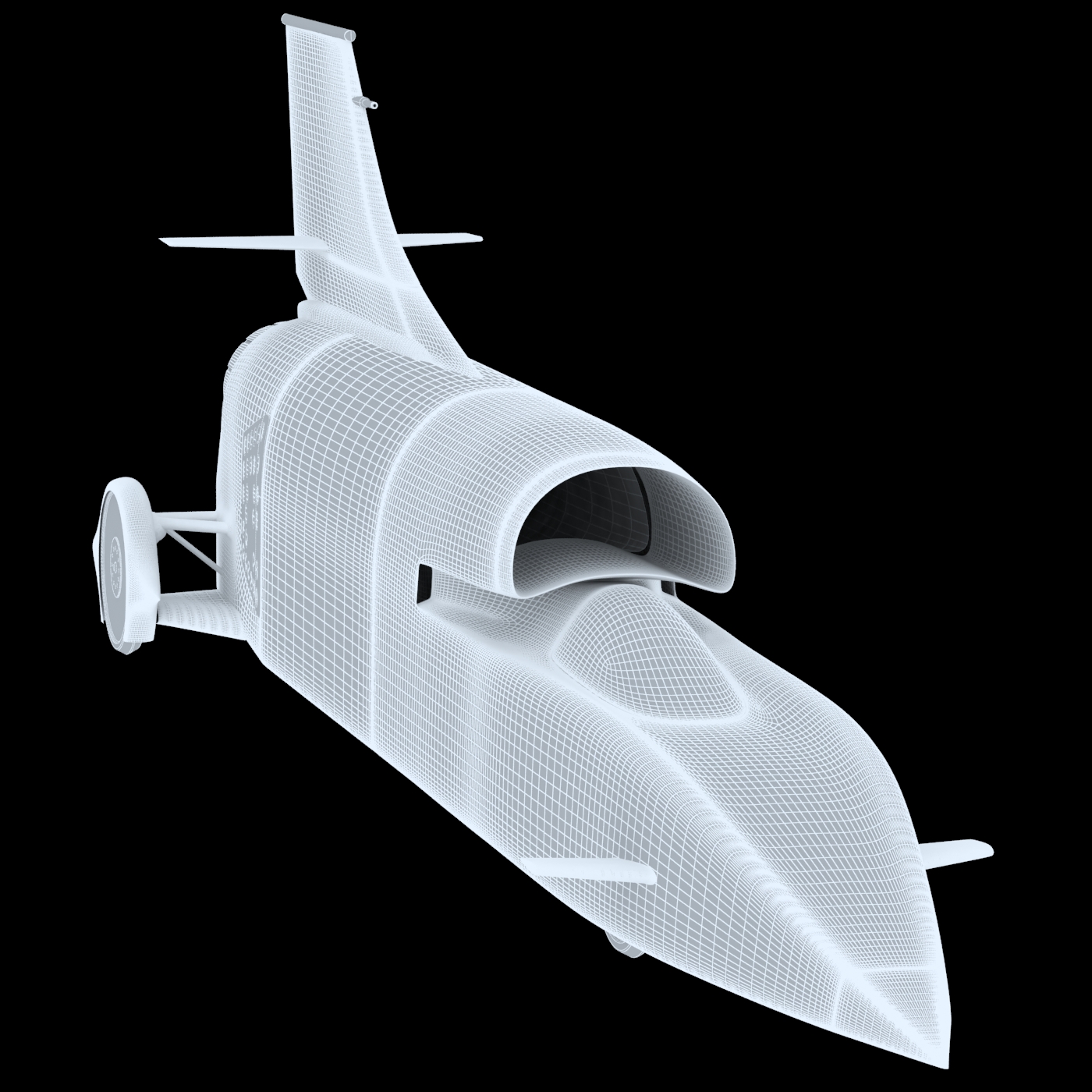 For low-speed testing at Cornwall Airport Newquay in 2017, the car was fitted with four runway wheels based on those of an English Electric Lightning fighter jet with refurbished original tyres.[45] These were replaced for the high-speed test runs in the desert in South Africa in 2019 by four 90-centimetre (35 in) diameter wheels weighing 95kg, forged from an aircraft-grade aluminium zinc alloy. These were designed to spin at up to 10,200rpm and resist centrifugal forces of up to 50000 g at the rim.

August 2018
by renderspeed
in Animation

This was the first generation of Beats animation.